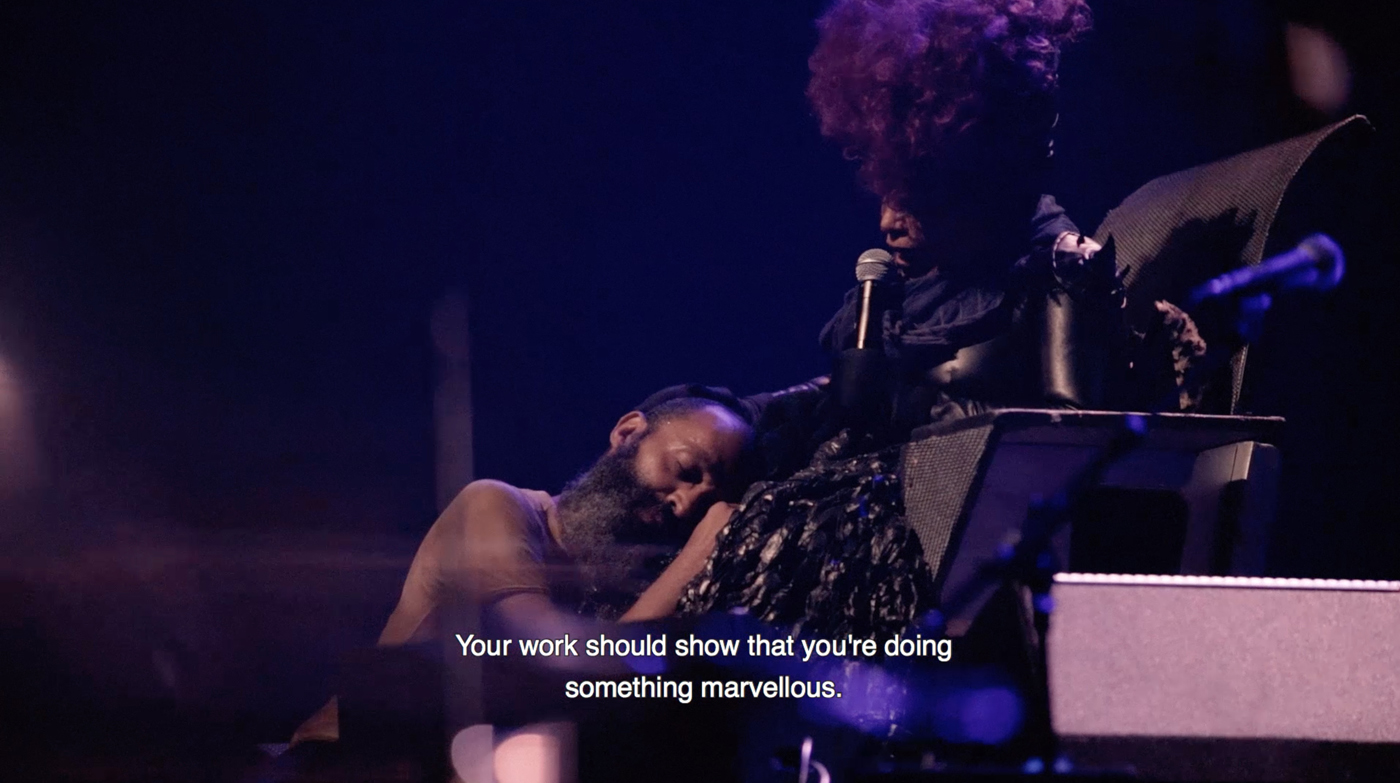 We meet legendary Brazilian protest singer Elza Soares before her performance, and talk about the topics of her latest album, 'A Mulher do Fim do Mundo'. "Life has to be happy. You don't need suffering in your work. There's no point in that. Your work should show that you're doing something marvelous." Afterwards, we captured the queen of Samba's enigmatic performance at TivoliVredenburg's Grote Zaal:

We meet Julia Holter the morning after her performance, and talked about her view on the festival, writing new music and how her curated program came together: "it's hard to define what brings all the artists together, but I think sort of an interest in mystery; music that's undefinable and mysterious. That's something I really value in music." The evening before, we captured her performance at TivoliVredenburg's Grote Zaal:

We met up with The Comet Is Coming's King Shabaka before his performance, and talked about playing how the group formed, about playing the tenor saxophone and the band's live shows: "in some ways, I try to adopt a persona to get over the insane awkwardness of being on stage." Afterwards, we captured the band's energetic show at TivoliVredenburg's Pandora during the festival:

We meet Lee Ranaldo backstage before his show, to discuss his new album 'Electrim Trim', current political affairs and his history with Sonic Youth. "I think all of us are really happy now that we're able to play smaller shows. We had a 30-year run, its remarkable for a band of the kind that we were. I continue to feel lucky to be able to do new things right now." Afterwards, we captured his show at De Helling during the festival:

We met up with Steve Gunn backstage, and talked about current political affairs, how it affects being on the road and performing music. "We've been all over the place these few days, and music has helped us deal with it." Afterwards, we captured his show at TivoliVredenburg's Pandora: